How PR robots are changing the face of banking

It’s been ten years since the global financial crisis led to widespread calls to restore trust in UK financial services. Yet today, the trust-in-finance debate has largely moved on, without producing a better financial sector, able to serve the public interest.

Instead, there is another reputational battle taking place within financial services itself – as banks, insurers and investment companies get to grips with the latest wave of technological disruption in their sector.

The last wave of technological disruption took place at the turn of the 21st century, giving birth to a new sector known as fintech – companies specialising in financial software, equipment and systems. That last wave also gave us financial supermarkets, price comparison sites and online banking. These were disruptive insofar as they changed the way financial products, services and money are distributed.

But fintech was a service to mainstream finance rather than a threat. Many traditional financial institutions remained in the same business, just doing more of it online.

Things are different now. New fintech disruptors could replace old-school finance altogether. Many of these new start-up companies can do with ease what traditional finance providers cannot – appear friendly and offer better service using digital apps and chatbots or automated services, programmed by algorithms designed to behave like humans.

Bots have led to a war of words between old-school and upstart finance. Banks and insurers have lobbied keenly to ban “screen scraping”, a questionable activity in which bots deployed by fintech companies gain direct access to banking and insurance accounts with customers’ permission.

Next-generation finance bots can do far more than screen scraping. One of the most common finance bots today is the robo-adviser, guiding customers through selections on their investment portfolios. Other bots act as help desks and support agents, automating various interactions with financial customers. These bots have the capacity to deliver the empathy and emotion that we miss out on when dealing with call centres, where humans still read from depressingly stilted scripts.

Next-generation or machine-learning bots are algorithms that can learn from customer data without relying on rules-based programming. It is this responsiveness which makes them sophisticated enough to engage in emotional dialogue with customers, and lend a hand with customer service, marketing and PR. Already, a growing number of people work as “bot wranglers”, helping bots navigate the complexity of customer enquiries and feedback. In finance, investment start-ups such as Nutmeg have led the way, others financial providers will follow.

Banks have most to gain

The PR stakes are arguably greatest for high street banks. The post-crisis period has been difficult for their reputations, but the public has stuck with banks because we had no alternative. Our loyalty has been repaid in a curious way. Banks continue to distance themselves from customers by shutting branches and hiding plans to shut down more cashpoints.

Unsurprisingly, younger people are turning to alternative payment systems such as Applepay and Google Wallet. Research suggests that millennials don’t expect to rely on banks in the future. 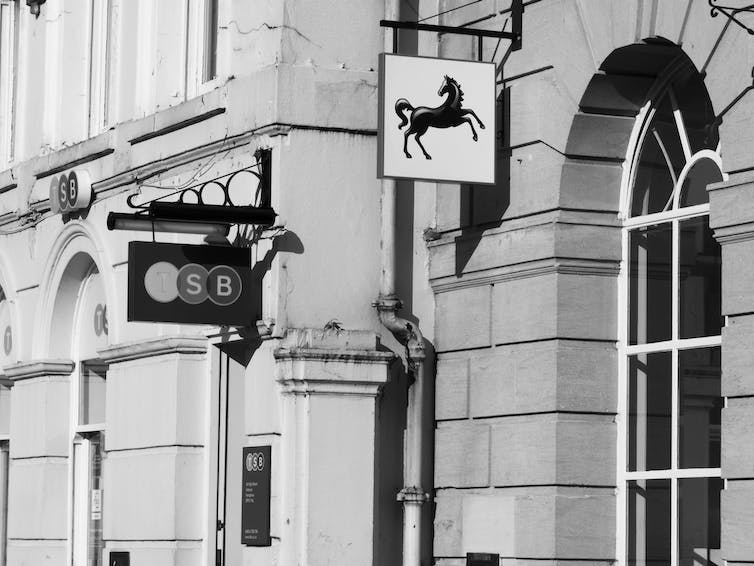 We have only to look to China to see what the future of banking might look like. Apps like Alipay and WeChat play host to entire ecosystems, leveraging the trust people already have in these social media platforms to offer payments, investments and even credit ratings. In the face of competition from Google and Apple, and from social media platforms, banks can fight back using friendly, trustworthy chatbots to boost their customer service offering.

The illusion of friendliness and trust

Of course, the problem with using bots as the new PR-friendly face of finance is that the human touch they offer is just an illusion. You think you’re getting truly personalised service, when you’re simply getting cheaper service.

As economic anthropologist, Brett Scott points out, a bank doesn’t address itself as “I” when issuing your monthly statements. But PR-bots will do exactly that, allowing us to think we are talking to banks in the first person, when what we are really doing is the opposite.

Scott makes a good point. We could become lulled into thinking that trustworthy bots mean trustworthy banks. This would be a grave mistake as it would allow the movers-and-shakers of finance to hide behind friendly PR bot-led communication, while removing much-needed services even faster than ever.

None of this is a widespread reality just yet. If you represent the PR or marketing department of a traditional financial provider you might be inclined to argue that much of the talk about bots right now is a lot of hype. And you’d be right.

Ironically, much of that hype has been orchestrated by PR and marketing consultants representing artificial intelligence companies. AI hype will continue, as AI companies compete for new investors and new clients. And fintech companies based in the UK are further competing for favourable legislation, now that European centres such as Warsaw, Tallinn and Prague are angling to become fintech hubs.

Once the hype surrounding AI subsides, we may be able to concentrate on the long-term benefits fintech can bring. Benefits such as greater choice in banking and insurance providers, and cheaper products and services. Better yet, fintech is already transforming finance by bringing new, innovative products to small businesses and poor consumers who are underserved by traditional providers. Unfortunately, we’ll hear little about these innovations since they won’t benefit from well-funded PR and marketing campaigns.

PR and marketing play an integral role in shaping the future of financial services – and how they relate to the general public. As such, communicators have some soul-searching to do, particularly before we face another financial crisis.

Financial services have become too disconnected from their customers. This disconnection is likely to grow as banks close branches and finance disappears from Britain’s high streets. PR and marketing must bridge this gap by building trust at a distance with real humans working in finance.

Ultimately, it’s in their interest to do so. Already, many jobs in the financial sector have been replaced by bots. PR and marketing have not counted significantly among those job losses yet. But they will.

This article was originally published on The Conversation. Read the original article.

Review of Trading at the Speed of Light by Donald MacKenzie

Contextualising the assault on universities